We Need More Women in Government

Women’s reproductive rights are under assault in the United States as certain States pass legislation to undermine abortion rights. A Supreme Court with a growing conservative influence may curtail rights confirmed in Roe v Wade and Planned Parenthood v Casey. On the other hand, the number of women running for office is growing. In this post, we take a glance at whether the number of women in State legislatures is correlated with a State’s protection of reproductive rights.

To measure how a State scores in guaranteeing reproductive rights, we use the “Women’s Reproductive Rights Composite Score” from the Institute for Women’s Policy Research. The percentage of women in State legislatures is as of 2019.

Each blue dot below represents a State. States with a higher percentage of women in the legislature tend to protect women’s reproductive rights more than States with fewer women lawmakers. Not surprising, but it confirms why diversity in government is so important.

Figure 1. Reproductive Rights and Women in the Legislature, by State 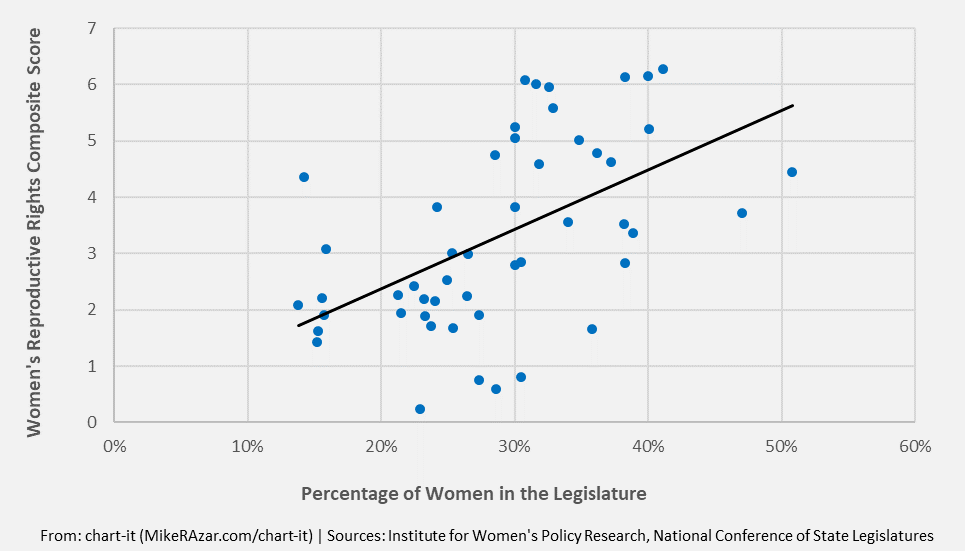