The Stock Market is Not the Economy. Or is it?

By: Mike Azar
In: Economics/Finance
With: 0 Comments

The Dow Jones Industrial Average (DJIA) tumbled as much as 1,500 points yesterday and closed down an astonishing 1,175 points – a 4.6 percent loss. The Standard & Poor’s 500 (S&P 500), a broader stock market index and generally better metric for measuring stock market performance, was also down by more than 4 percent. In percentage terms, these drops aren’t new records, but they’re certainly significant.

Does this presage an economic recession? What exactly, if anything, does the stock market tell us about economic performance? To answer this question, let’s compare the S&P 500’s annual returns to U.S. real GDP annual growth from 1930 to 2017. We’ll use a dataset of annual S&P 500 returns from NYU Stern School of Business and a dataset of the U.S. real GDP growth rates from the Federal Reserve Bank of St. Louis.

Figure 1 compares annual S&P 500 returns to annual U.S. real GDP growth (each dot represents one year). We’ve added a line of best fit and the 95% confidence interval around it. We’ve also plotted the distribution of S&P 500 returns and GDP growth rates. Visually, there does not appear to be a meaningful relationship between stock market returns and GDP growth but let’s see if we can make any statistical inferences from the data. 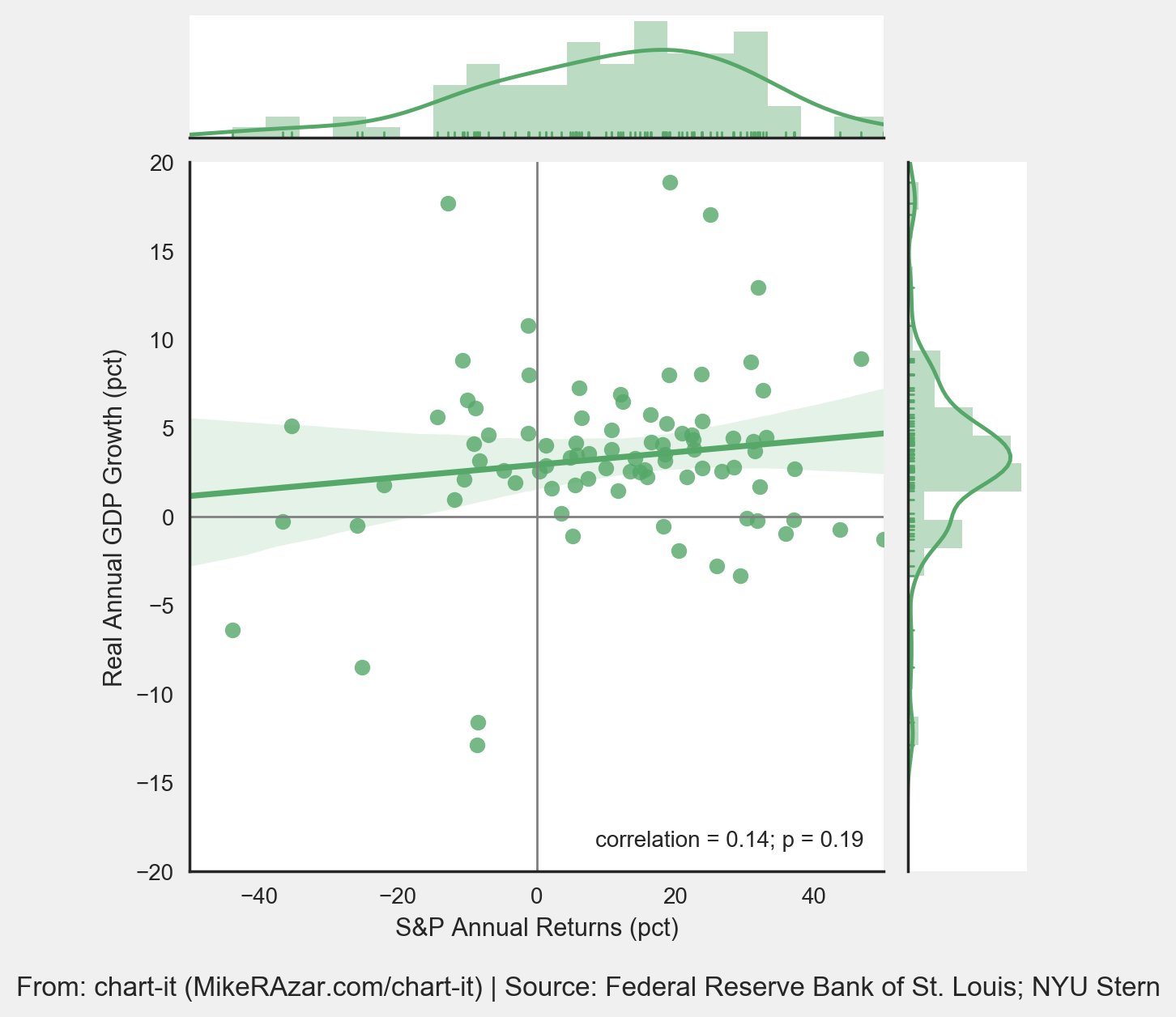 However, the stock market, with its daily trading and deep liquidity, might process and reflect economic information faster than the GDP growth rate. Perhaps, therefore, stock market performance in a given year might tell us something about GDP growth in the following year.

Figure 2 compares annual S&P 500 returns in one year to the next year’s real GDP growth rate. 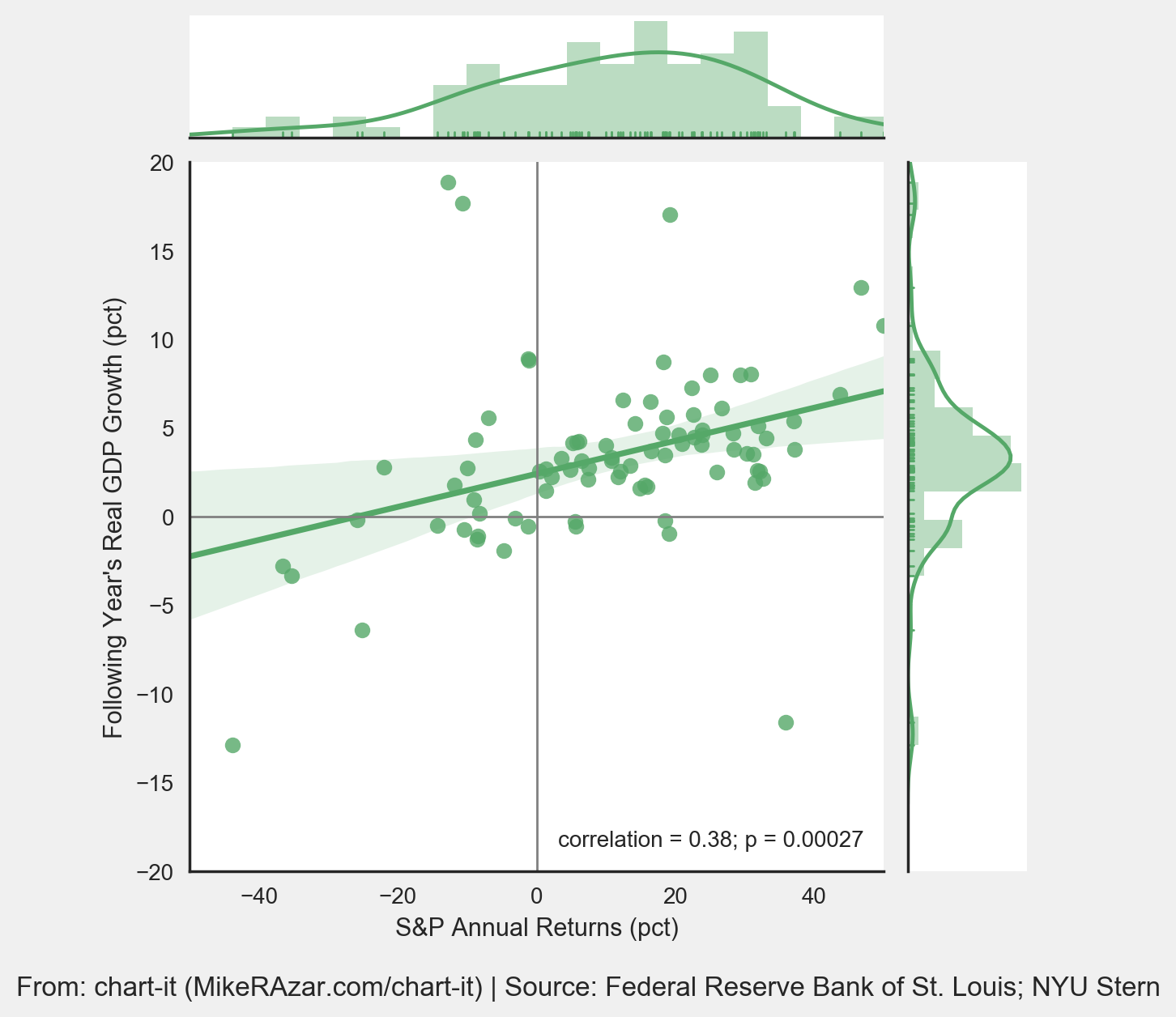 Another way to measure the relationship is to look at it on a binary basis. In other words, rather than measuring whether there is a linear relationship between how much the S&P 500 changes and how much real GDP changes, we can identify simply whether they tend to be positive or negative at the same time (saying nothing about the magnitude of such change).  Figure 3 shows the percentage of years that the S&P 500 increased or decreased as compared to GDP growth.

Figure 3. Percentage of Years that the S&P 500 and Real GDP Moved Together or Apart

The source code for this analysis can be found here.