By: Mike Azar
In: Politics, Washington, DC
With: 0 Comments

No President has faced calls for his impeachment so early in his presidency. Is this driven by Trump’s deep and universal unpopularity? To answer this question, we examined Trump’s presidential approval ratings by political party affiliation from Gallup.

Trump remains exceptionally popular among Republicans as shown in Figure 1 below. In fact, he’s only become more popular since his inauguration despite all of the controversies and scandals. Republicans’ approval of Trump’s job performance reached a record high 90 percent as of last week. This compares to Barack Obama’s 81 percent approval rating among Democrats at the same time in his presidency. Trump is more popular in his party than Obama was in his. Republican voters are clearly not yet ready for impeachment. 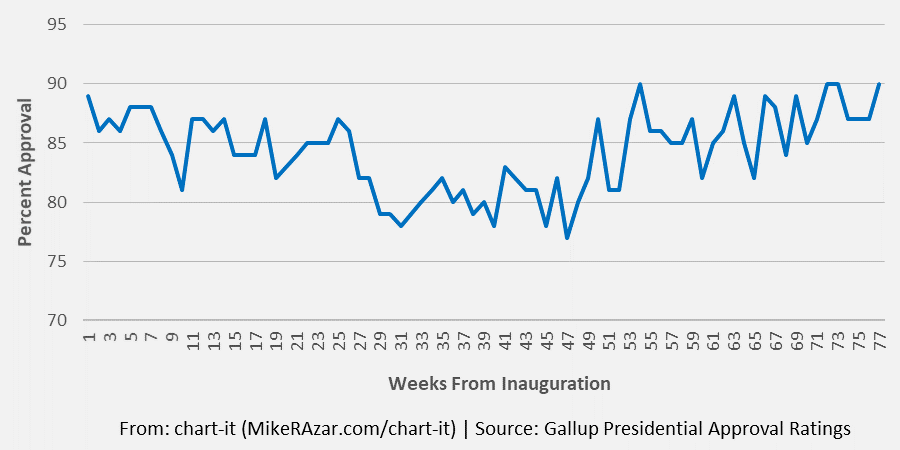 Among the critically important Independent voter category, Trump’s current approval rating is about 38 percent. Independent voters’ approval of Trump’s job performance has been increasing over the last year and is near a record high. This compares to 39 percent for Barack Obama at the same point in his presidency, which was, in fact, a record low (down from 66 percent early on in his presidency). 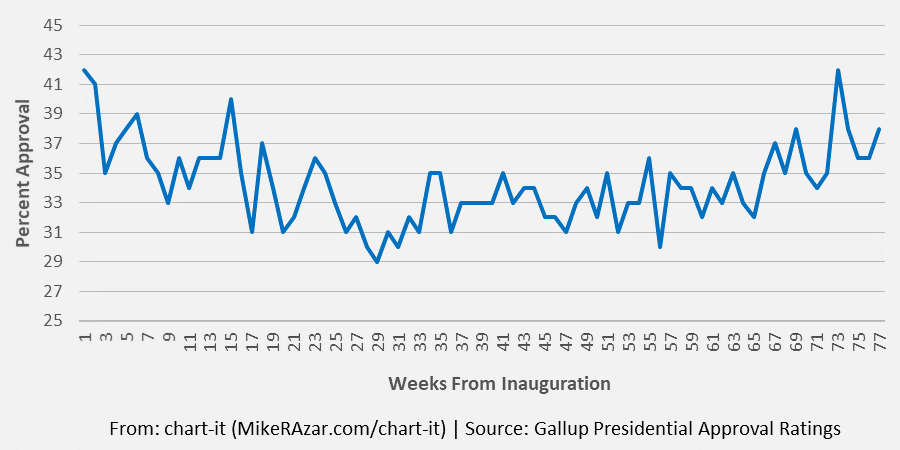 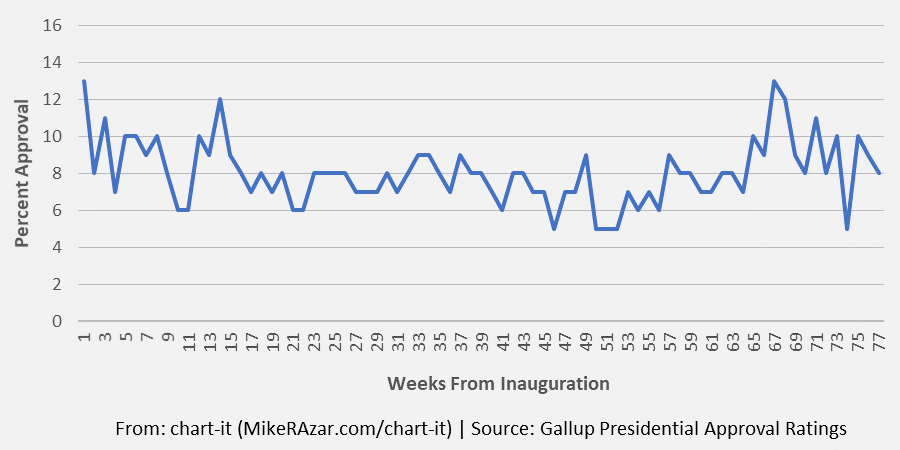 The polling data indicates that Trump is no less popular than was Obama as this time in his presidency. Among all Adults, Trump’s current approval rating is 43 percent compared to Obama’s 46 percent. As indicated in the charts above, approval by party affiliation is also generally consistent across the two presidents. Calls for impeachment may be premature until more Americans – and specifically, more Republicans – come around to the idea.

2018-07-19
Previous Post: The Stock Market is Not the Economy. Or is it?
Next Post: We Need More Women in Government