The average monthly price of Brent has fallen 20 percent or more in just 1.5 percent of months during the last 27.7 years. In other words, a one-month price drop of this magnitude had only occurred in four other months before December 2014, three of which were in 2008, the year of the global financial crisis, with the largest monthly decline of 26.7 percent in November 2008. Excluding 2008, a 20 percent or more decline in the average monthly price had only occurred once before in December 2000 (or in 0.3 percent of months before December 2014).Data sourced from the Energy Information Administration. 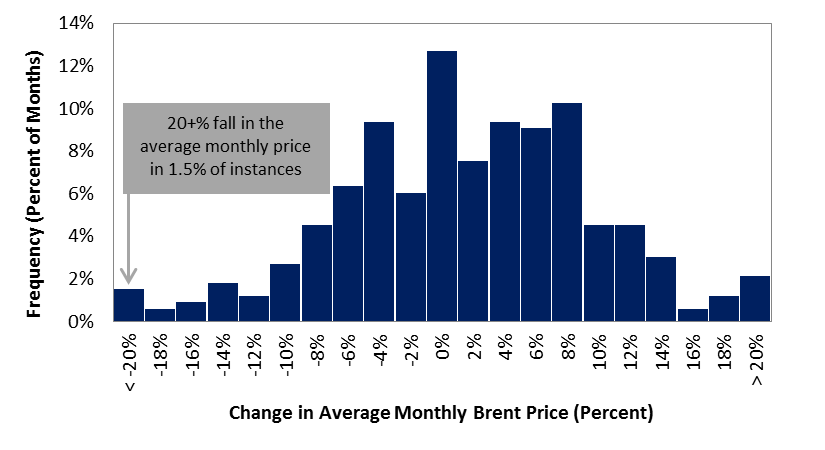